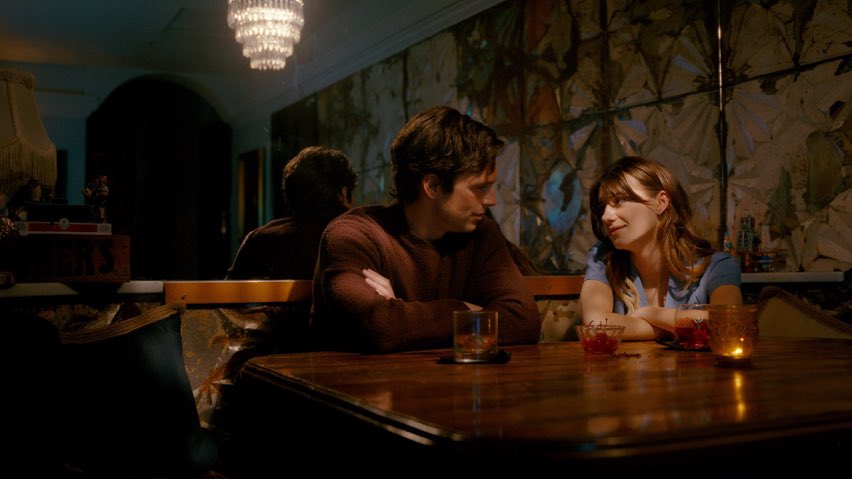 Take one part horror film, one part revenge thriller, a heavy dose of post-MeToo commentary, and a good helping of chemistry between two likable actors, and you have the perfect distillation of Fresh. First-time director Mimi Cave, working from a script by Lauryn Kahn, displays a nice confidence in the material, but lacks the discipline in a few key areas to make the film truly memorable. Nevertheless, Cave populates the film with Daisy Edgar-Jones and Sebastian Stan, two capable, charming actors as the leads, which goes a long way to making Fresh an enjoyable ride overall.

It’s easy enough to stage a horror film around modern dating conventions; so easy, in fact, that plenty of other films have either been entirely based on the premise or had divergent plot threads around it. But Fresh uses the set-up to set up something truly twisted. When Noa (Edgar-Jones), an exhausted twenty-something who’s gone on her share of terrible dates, Meet-Cute’s Steve (Stan) at the grocery store, the two strike up a whirlwind romance that takes off a little too quickly. He invites her on a surprise weekend getaway where, as even the most casual horror fan knows, something terrible surely awaits.

Part of the magic of Fresh is in its leads’ effortless chemistry. It’s essential to the rest of the film that we feel like Noa and Steve belong together, and Edgar-Jones and Stan are a great fit, bringing their own unique energies and meshing them to make for a believable pairing. Stan in particular is a delight, somehow making a horribly monstrous person like Steve someone that isn’t totally irredeemable. Somehow I found myself wanting to cut Steve’s throat and give him a hug simultaneously. Out of all of the capable actors that Marvel has sucked into its orbit, Sebastian Stan has turned in the most varied and most interesting work when not wearing a latex costume. And Daisy Edgar-Jones makes Noa a curious figure worth rooting for, and not just because we want to see her make it out of the film alive.

It’s not long after the couple arrives at Steve’s countryside cabin – though calling the home a cabin sounds disingenuous; think of it as a more claustrophobic version of the Parasite mansion – that Noa finds herself drugged and wakes up chained to a wall. I won’t spoil what Steve’s ultimate sadistic plan involves, but to liken the second half of the film to Hannibal wouldn’t be too inaccurate.

Unfortunately, it’s here where Cave drops the ball, narratively speaking. The script sets up plenty of interesting threads, but either under-cooks or leaves them on the table. Instead, the film spends too much time with Noa and her predicament without ratcheting up the stakes or making Steve’s plan even more heightened. We know that Noa will eventually devise a plan to escape, but the film takes too much time before it arrives at that point, glorious and satisfying as it may be.

There’s something intrinsically nourishing when seeing a scumbag receiving their due comeuppance, which is why the action-heavy revenge-thriller portion of the finale is so effective. And Cave makes sure to make Fresh feel like an empowering feminist film without cramming the messaging down our throats. Indeed, though there is a male presence that comes to save the day, he ends up running away from the conflict, leaving the women to do the dirty work. Though the increasingly specific genre will continue to expand, thanks in no small part to the success of films like Promising Young Woman, Fresh makes a case for itself, and presents Cave as a new voice worth coming back to. And though Fresh doesn’t fully step out of that Oscar-winning film’s shadow, it’s at least a shlocky good time that goes down smoothly.