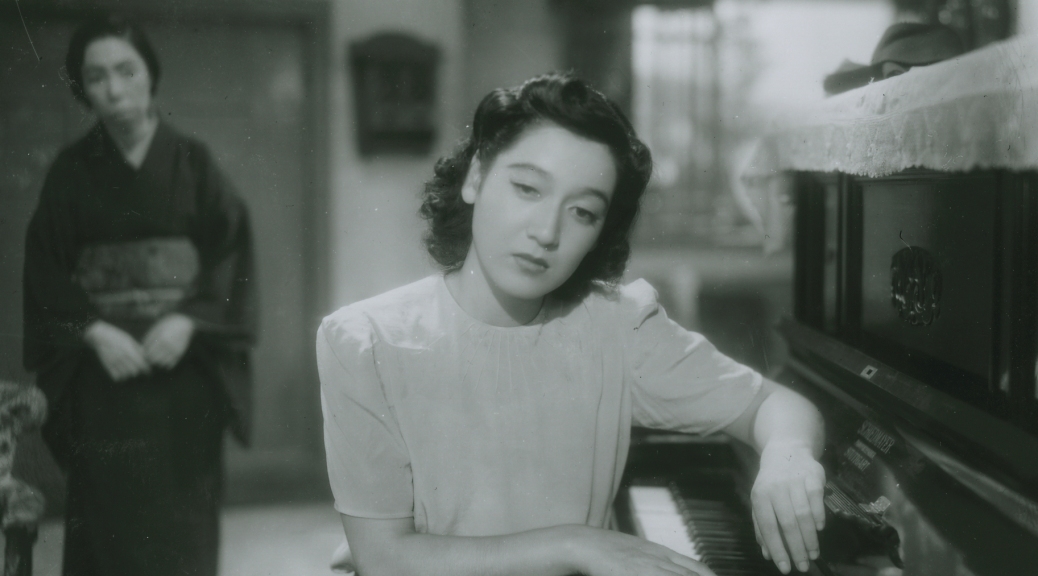 No Regrets for Our Youth (Postwar Kurosawa 1)

Following the end of World War II, while Japan transitioned to being under occupation by Allied forces, Kurosawa began exploring the state of his country and its role in the war. With No Regrets for Our Youth, he examined the sociopolitical climate at home as Japan’s militarism changed and the war raged. He accomplished this by drawing inspiration from the 1933 Takigawa Incident, in which a professor at Kyoto University was fired for perceived Marxist teachings. Yet Kurosawa uses his version of the Takigawa Incident as a jumping off point for a greater story he has to tell.

Spanning throughout the 1930s and into the 1940s, No Regrets for Our Youth follows protagonist Yukie (future Yasujirō Ozu mainstay Setsuko Hara), a carefree and apolitical young woman who comes from an affluent family led by a disgraced professor (Denjirō Ōkōchi). The film is of note as being the only Kurosawa film with a sole female protagonist. However, it’s also of note for the way it tells its story through Yukie’s perspective. Grounding the story of political upheaval, protest, and anti-militarism through the perspective of Yukie’s personal life and experiences makes the film carry more emotional weight.

Unlike Kurosawa’s propaganda work, No Regrets opens the filmmaker up to tell a story about his homeland and the state he finds it in. He’s now able to levy criticisms and imbue his work with his own sensibilities and ideals. The result is an engaging story of a woman torn between two men and how her choice is affected by the political climate of the time. The film also explores the ramifications of her choices and leaves the viewer with a subtle impression that, had it not been for the war, Yukie’s life would have been vastly different.

One particularly powerful aspect of No Regrets is the way Yukie evolves throughout the considerable timeline of the film. By the movie’s end, Yukie has changed her perspective and learned a great deal about herself and her role in her community and the social work that still needs to be done. While she doesn’t become a full-fledged activist, she does learn the value of the work at hand and is given a strong view of the struggles of people without the privileges she’s had over her life.

Kurosawa’s trademark eye is all over No Regrets, but slightly more subtle than in his other earlier work. While there are little to no wipe transitions as in his other films, weather does play a role in the film. Rainfall occurs in a couple key scenes, though it isn’t as pronounced and featured as the wind storm in Sanshiro Sugata, or the snowy landscape of Sanshiro Sugata Part Two. Kurosawa also utilizes a unique editing technique in a couple parts. When Yukie is faced with a difficult decision, time passes as she changes positions standing against a door. The cuts to her in various poses in front of the door to show the passage of time and communicate her inner struggle is an interesting technique that isn’t seen in much of Kurosawa’s work.

Kurosawa’s best known works are and will always be his period pieces and epics. However, there is plenty of fascinating contemporary work in his filmography. Considering how early No Regrets for Our Youth is in his filmmaking career, and how strong a film it is, there’s no secret that he was destined to master the craft.

No Regrets for Our Youth is currently available to stream on Criterion Channel.