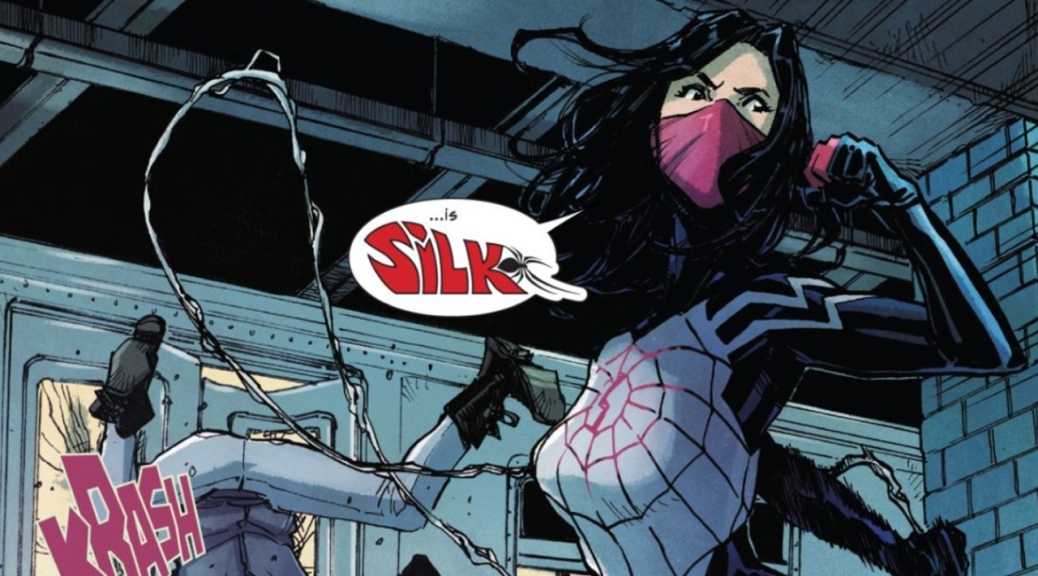 Silk Volume 2: Age of the Witch

Spider-Man the character has undergone so many permutations over the years – especially in the 21st century – that they begin to blend together. From Miles Morales to Gwen Stacy to Jessica Drew, each character certainly contains their own quirks and personality traits, but it gets harder and harder to distinguish one from another. Which is why the running gag of each of the character introductions in Into the Spider-Verse worked so well.

But the Silk comics have felt like a breath of fresh air in so many ways. Cindy Moon, aka Silk, never lost a close family member or friend, but she was isolated in a bunker for 10 years after discovering her powers, in order to keep herself and her family safe. I’ve also come to love the consistent niceness of J. Jonah Jameson throughout the series, which comes out nicely in Volume 2: Age of the Witch. Whereas in traditional Spider-Man comics, Jameson is portrayed as a kind of buffoonish jerk, in Silk he’s seen as Cindy’s ally, and a fan of her superhero persona. As in previous installments, some of the best scenes in Age of the Witch are between Cindy and JJJ.

Cindy’s recent emergence from the aforementioned bunker has provided enough of an emotional backstory, but in Age of the Witch it’s a clear theme throughout the five issues that make up the volume. The villain this time around is an ancient Korean witch that steals the life force of her victims. She’s specifically targeting social media influencers/celebrities in order to gain their following for herself. Eventually Cindy becomes a victim and spends a portion of the volume’s second half as an old woman. Writing the witch’s master plan out comes across much sillier than when reading it, which was already fairly silly. This is the weakest aspect of the comics, though writer Emily Kim ties it together in the end by exploring Cindy’s need to make the most of her life while she can. Each of the five issues contains a decent blend of both sides of Cindy’s life, and is written with enough consistency to feel as a whole with the rest of the Silk titles, despite Kim’s newcomer status to the franchise as a writer.

The world of Cindy is padded out with fantastically written characters, and it’s nice to see a Spider-person that’s not exclusively pulled between living a normal life and saving the world (how great is it to see a superhero that’s in therapy, and it’s not treated as a joke??). Sure, those storylines exist, but enough page space is dedicated to Cindy’s hopes and dreams. Not every villain will necessarily register in the same way as others in the Spider-verse, and that’s ok. Age of the Witch won’t go down as the best of the Silk series, but I’ll still enthusiastically grab more issues when they’re available.

Silk Volume 2: Age of the Witch is available now at bookstores and online wherever books are sold.